Friends, With much help from Joe from Spring Break Tapes!, and Rob from ((Cave)), I'm stoked to advise that we've got an all new collaborative version of GMLT available right right here: Guide Me Little Tape
at 12:35 PM 16 comments:

Everyone, As I mentioned a month ago, I'll be calling it quits here. Thank you everyone for making such incredible music and being so generous with your time and attention. Gratitude eternal to a community of friends. We who are fortunate enough to see the almond tree.
at 7:06 PM No comments:

Massive three tape, six artist compilation, Frozen In Time II from the incredible Black Horizons label. Artists on offer include, L’Acephale, Spettro Family, German Army, Sindre Bjerga, Micromelancolié, Night Worship, and Head Dress, and all the music was composed in order to be played in time with the films of Swedish director Ingmar Bergman. Such an intense concept. Dark, bleak, black ambient and noise. Admittedly, I'm not even halfway through the entire 120 minutes of this massive heap of magnetic tape, but first instinct was to get this posted proper quick before it's sold out.

Rather than describe the physical edition on offer, I'll let the photos do the talking. Stunning edition of 200, the absolute apex of cassette fetishism. Grab directly from Black Horizons. 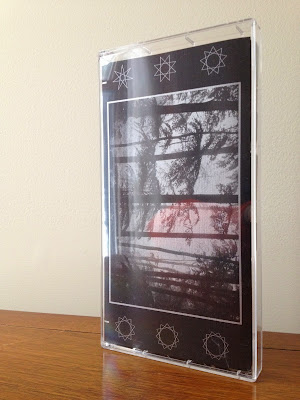 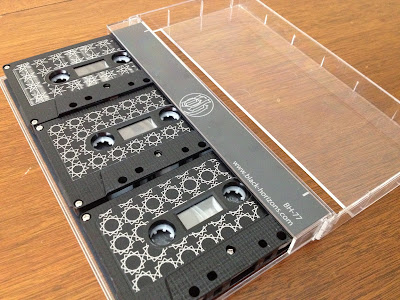 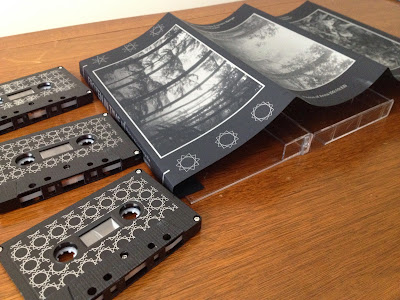 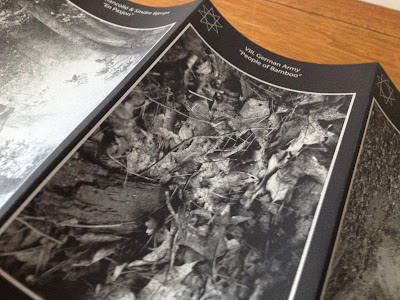 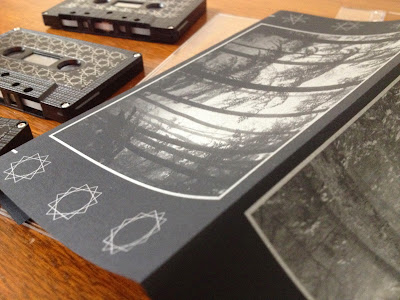 Rather than include a sound sample, I thought it best to provide a visual that more appropriately captures the audio/video transference. Recent Horror Fiction artist Ted Butler (Head Dress) behind the board in late 2014.

Jackie Mcdowell - Language Of The Birds

Naturalist rituals from Jackie Mcdowell with Language Of The Birds on Chicago imprint Hairy Spider Legs. Seven tracks, each displaying a carefully stitched quality. Instruments used almost as fabric to construct a wider environment of sound. The ache of electric organ timbre, the jangle of mountain dulcimer, the vocal delivered in a patient purposeful manner weaves into the wider dynamic with instrumental quality. Each track exists like a hypnosis inducing chant swirling the ear, driving ever deeper. Under the influence of a good pair of Grado's the second side opener Hats Off To (Hal) Borland sucks all air from the room with a persistent and ever thickening melody. Open your ears to open your eyes.

Blue shells with full color double sided inserts, download code included. Can't seem to find an edition size on this one, but one can assume we're in the 100ish range here. Grab the physical direct from Hairy Spider Legs. 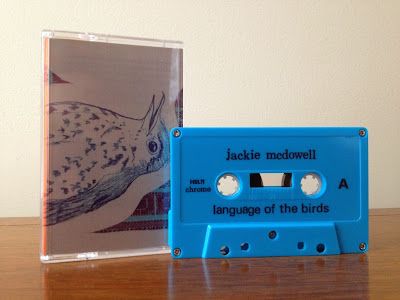 Beautfully clean, open synth constructions from Driftmachine with Eis Heauton on Umor Rex. Pristine massively reverberating low frequency. The flip side opener Sunlit Reverie with it's repeated foundational baseline that goes wawawawa buuuummmmm. Absolutely stunning timbres that pierce right through you. Something about this feels so incredibly haunting. Made by machines but not mechanical. Alive. Alive like the living breathing space craft of science fiction. Bleeping skittering patterns that pervade the entire recording creating a continuous sense of discovery and narrative. Even the patch cables had to know they were a part of something special on this one.

Edition of 120 hand numbered copies. Neon green shells and liner notes housed in a matching screen printed cardboard outer. Digital copy include. Check out all things Umor Rex, stream in full at the label Bandcamp, and order the physical from the excellent Thrill Jockey. 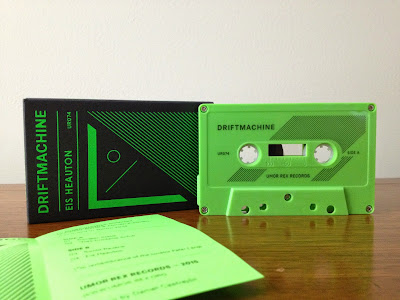 Haunting and truly uncomfortable tape collage from Monte Burrows with Fantasy Living on Spring Break Tapes. So let me clarify uncomfortable. This is thoroughly enjoyable listen, that provides the listener no comfort, no safe haven within which to focus attention. Whirling, clattering machinery, sombre melody that loops in a slightly less than rhythmic cadence. Spoken word samples, instrumentation that sounds clipped directly from a 1940's cinema house. An ancient fragile soundscape rendered and interpreted mechanically. The square peg of old movie film feed into the round hole of digital 1's and 0's. The whole thing warbles and garbles with magnificent low fidelity. Strange and mysterious, odd and beautiful. 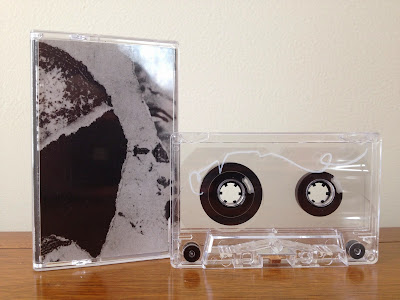 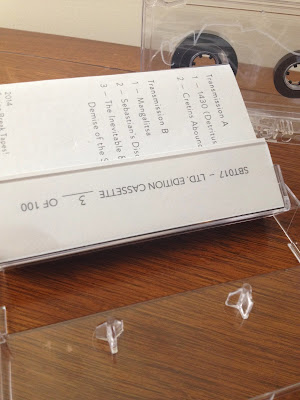 Rags - Belief in an Order of Meaning

Shades of grey and black, light and dark from Rags, with Belief In An Order Of Meaning, on ((cave)). Grinding etherial scrape. Suffocating riffage juxtaposed against massive wailing guitar. Noise elements that coil around the soundscape, forcing you to recontextualize everything. Two side long tracks, the front a more traditional and expertly developed take on tape scene guitar (backed by a field recording of train tracks, yeah thats perfect curation), the later, an overwhelming torrent forming something that feels like Indian's Unquiet Sky and old Expo 70 stuff. I won't spoil the surprise waiting for you on the flip, but it will absolutely bury your mind. I physically got out of my chair to rewind and hear the impact again. This is music for spiritual cleansing. Go make yourself clean.

Edition of 50, full color double sided inserts, B&W labels on clear shells. As of right now this is still available, and it' really shouldn't be. Grab direct from ((Cave)). 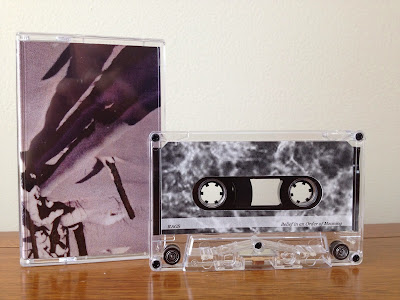 Guide Me Little Tape was a blog about strange and beautiful music active from 2011 to 2015. I wrote about that music, and sometimes gave it away for free.